It has certainly been an interesting year for national & world news. Each new month brings us new challenges and shocking events.

On May 27, NASA was set to make history for its partnership with the private company SpaceX, in launching Americans into space for the first time in almost a decade. The initial launch was delayed due to poor weather, but this monumental milestone was reached a few days later on Saturday May 30, 2020.

I worked with the amazing crew at ABC News, designing the set graphics for both broadcasts.

You can watch both broadcasts of “Launch America: Mission To Space” here: May 27 (the initial show) and May 30 (the successful launch).

While this incredible launch could normally have played some role in bringing our fractured nation together, if just for a little while, horrific events would not allow that to happen.

A few days earlier, on May 25, a police officer in Minneapolis murdered an unarmed American citizen over the course of eight excruciating minutes, all caught on video. The clear racial motives here sent people around the world onto the streets, in protest of this obscene brutality and the ongoing systemic problems that allowed it to happen in the first place.

On June 2, 2020, ABC News broadcast a TV special, “America In Pain: What Comes Next?”. This powerful hour-long primetime show shined a spotlight on the issues involved, the agony felt, and the utter failure of our federal leaders in the face of it all. 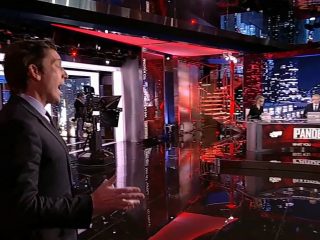 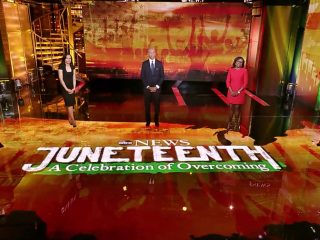 Next Post (n) Happy Juneteenth : "A Celebration of Overcoming"!